Ultrasound: Then and Now 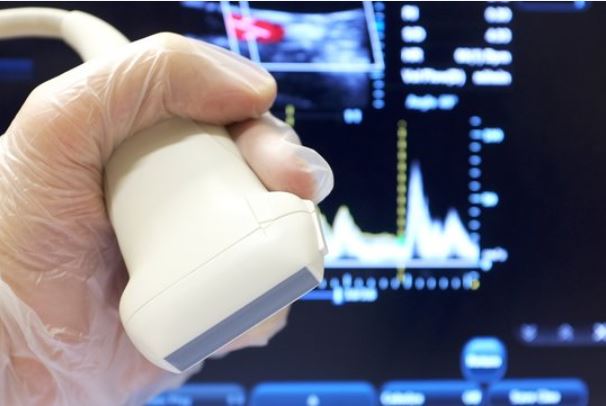 Posted by Erika Greelish on November 13, 2020 | Featured | No Comments

What do bats, Pierre Curie, and the Titanic have in common? They all played important roles in the development of ultrasound imaging technology.

Ultrasound imaging uses sound waves higher than the upper audible limit of human hearing. The technique is similar to the echolocation used by bats to navigate in the dark. Interest in bouncing sound waves through water to identify icebergs and other objects in the depths of the ocean gained traction in 1912 after the epically tragic Titanic accident, and the ultrasonic submarine detector was developed in 1917 for use in World War 1. The detector employed a transducer that utilized piezoelectricity, first discovered by the renowned physicist Pierre Curie and his less-famous brother Jacques.

While medical applications of ultrasound underwent some critical developments in the 1940s and 50s, ultrasound did not garner widespread usage in the medical community until the 1960s, when its applications in the field of obstetrics and gynecology as well as cardiology became apparent. Early scans used the basic A-mode (amplitude), in which the echoes were plotted as spikes on a graph. Some years later, B-mode, also known as 2D, was developed, which enabled differentiation of stationary and moving tissues. Today, images can be taken in 3D and even 4D, high-quality resolution that shows real-time movement.

Across the globe, ultrasound imaging is increasingly integrated in a wide variety of fields, and its usage in emerging markets such as Eastern Europe, the Middle East, Africa, and Latin America is beginning to outpace that of developed markets such as Western Europe, North America, Japan, and South Korea.

The growing influence and importance of ultrasound across medical practice makes ultrasound education an increasingly popular addition to undergraduate medical school curricula, although any standardization in the ultrasound training programs has yet to be implemented. Some benefits for early ultrasound training include:

Moreover, research suggests that effective training in basic sonographic principles, imaging, and interpretation can be done in a relatively short amount of time.

Although the term seems like a sonographer’s joke, knobology refers to the precise manipulation of knobs and system controls required to obtain the best possible image from a diagnostic ultrasound. Some benefits to early ultrasound

Knobology seems to be something of an art. Although the research is conclusive that medical students’ understanding of anatomy improves when augmented with ultrasound training, a 2015 Canadian study  found that “learning the technical aspects of operating the scanner and generating optimal ultrasound images—knobology—concurrently with learning physical examination skills can result in cognitive overload for a novice learner.”

Knobology requires both the setting of general parameters appropriate to the type of tissue and scan being performed (e.g. fetus vs. liver), as well as a fine tuning of the various instruments in order to get a high-quality image. Inexpert manipulation of the knobology variables may impair image quality and can result in misdiagnosis.

One recent development that can improve outcomes is that many imaging machines come with factory presets for various types of scans. However, the operator still needs to manually operate the instruments while controlling the scanning device. This constant use of both arms results in repetitive stress injuries to the majority of sonographers, according to sonography pioneer and Stanford-trained ergonomics expert Joan P. Baker.

The Future of Ultrasound

Fortunately, advances in ultrasound technology bode well for medical practitioners. The development of portable ultrasound systems that range from laptop to pocket-sized. Their small size and relatively low cost makes them available for use in virtually every patient care setting.  Some portable scanners run off an app downloadable to any smart phone, and these advances in software allow ultrasound technology to traditionally low-access areas, such as rural or remote communities, or disaster sites. NASA even has a virtual guidance program designed to enable non-sonographers to perform ultrasounds in space. The Signify Research group projects that by 2023, the global market for handheld ultrasound will exceed $400 million dollars.

Furthermore, Signify also projects the integration of AI technology into ultrasound will have numerous benefits including image optimization, automation of time-consuming and repetitive tasks, image labelling, and feature quantification and classification. However, the upcoming abilities of AI systems will also be able to provide real-time guidance and feedback on aspects such as probe placement and anatomy detection.

From bats to ships to the palm of the hand, ultrasound has come a long way.